A Forest in memory of Nechama Rivlin 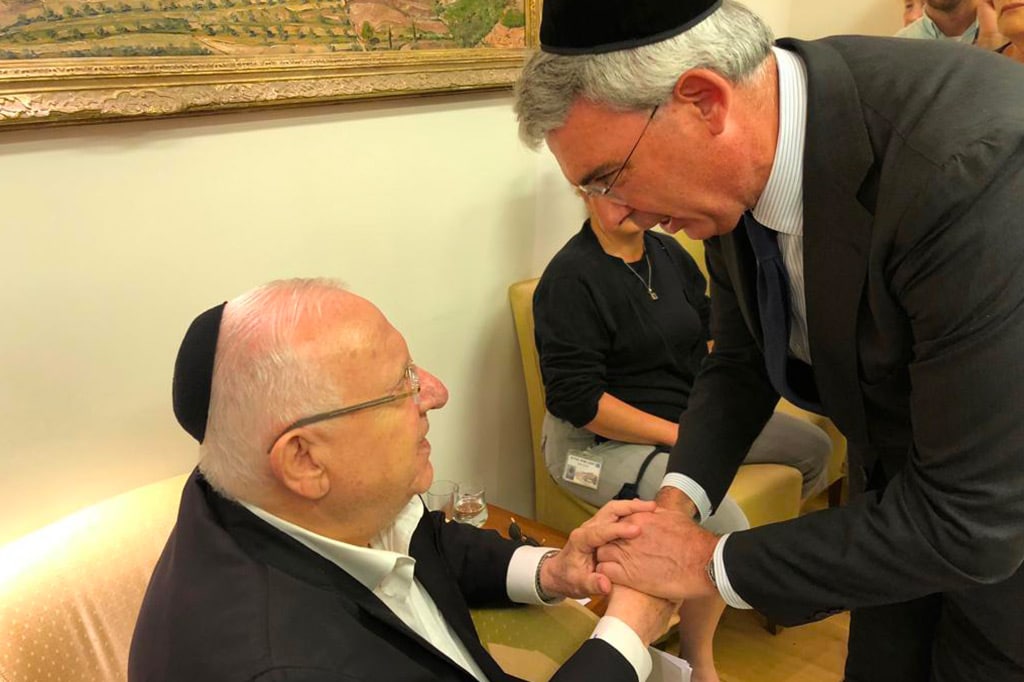 Always interested in gardening and the quality of the environment, after moving with her husband to the President’s Residence, the First Lady Nechama, encouraged children from all over the country to come and plant trees and flowers in the gardens of the presidential complex, so that they would develop a love and respect for nature. It is with this memory that we want to honor Nechama, the wife of Israeli President Rivlin who passed away on June 4th at the age of 74.

Nechama was born in 1945 in the Moshav Herut in the Sharon region. She married Reuven Rivlin in 1971 and worked for many years at the Hebrew University of Jerusalem, until her retirement in 2007, when her lung conditions were diagnosed. She had always chosen to stay away from the spotlight, declaring: “I am not the first lady, I am the wife of the President of Israel”.

When she moved to the Presidential house, she used her role to focus on social and cultural issues with a special attention for children with special needs, the environment and nature.

As it is in our tradition, we will begin this great planting of trees so that the commitment and memory of Nechama remains unforgettable. The initiative was anticipated to the President of Israel Reuven Rivlin by the Ambassador of Italy in Israel Gianluigi Benedetti during his condolence visit.

“The death of the First Lady Nechama Rivlin – declared the Ambassador of Italy in Israel Gianluigi Benedetti – left us deeply grieved and sad. She was an extraordinary and beloved woman. Her loss is a loss for everyone. Among the many interests, she had a passion for nature, plants and flowers. With our dear friend Sergio Castelbolognesi, President of KKL Italia, we thought of remembering Nechama dedicating her a forest”.

“The death of Mrs. Nechama Rivlin – said the Ambassador of Israel in Italy Ofer Sachs – has left us all a great void. Nechama, a woman who showed immense humanity in every gesture, did lot for the citizens of Israel. I am sure that Nechama, whose roots are planted deeply in the soil of the country, would greatly appreciate the initiative of KKL Italy to plant in her memory a forest that will grow and arouse joy and happiness for the environment and the citizens of Israel., we share the family’s grief and we make sure we remember”.

“It is an honor for me – explains the President of KKL Italia Sergio Castelbolognesi – to remember the figure of Mrs. Nechama Rivlin together with two close friends, Gianluigi and Ofer. We are sure that Italian people, Jews and non-Jews, will once again be able to demonstrate their love for Israel, in memory of an extraordinary Israeli woman”.